After 2 Championships Are Coaches “Missing the Boat” On Virtual Reality? 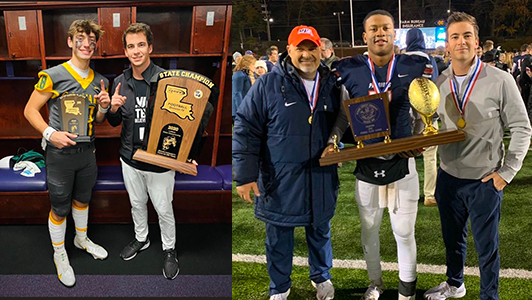 Coach A. J. Smith with his state champion quarterbacks Landry Lyddy and Philip Short in 2020 & 2019.

“High school coaches that want to throw at all are missing the boat on how much value this system brings to the table. My QB this year would have half the reps if we did not use VR. If he has half the reps in his first year of the offense, he is probably missing half the throws he makes in practices or games.” – A. J. Smith

YES! It is affordable

Before we dig into how it works and the exact method AJ uses, we should point out contrary to belief that virtual reality does not cost over $50,000.00 to purchase. VAR Systems the same virtual reality company that Mike Leach, Hal Mumme, June Jones, and AJ Smith use only cost $6,500 and offers payment plans to help get you going with the system.

We are running the @RunAndShootCert system this upcoming season. Always be one step ahead of the game! pic.twitter.com/VSkpIzb4Re

Calvary wide receiver Joseph Wilson using VAR. Wilson was 1 of 3 receivers who caught for over 1,000 yards in Louisiana in 2020 and led the state in receptions.

How does it work?

When you get a VAR, you receive a laptop computer, virtual reality headset, and a 360 camera (4K Resolution). You then film anything and everything at practice that you want to see from that perspective in virtual reality. It does not necessarily have to be team or 7 on 7, you can film drills and teaching tapes you can watch again in VR. You then upload your film from the 360 camera to your laptop computer and can instantly start watching your practice in virtual reality through the headset. Everyone can see what the person in the headset is seeing through the computer or projecting to a TV. 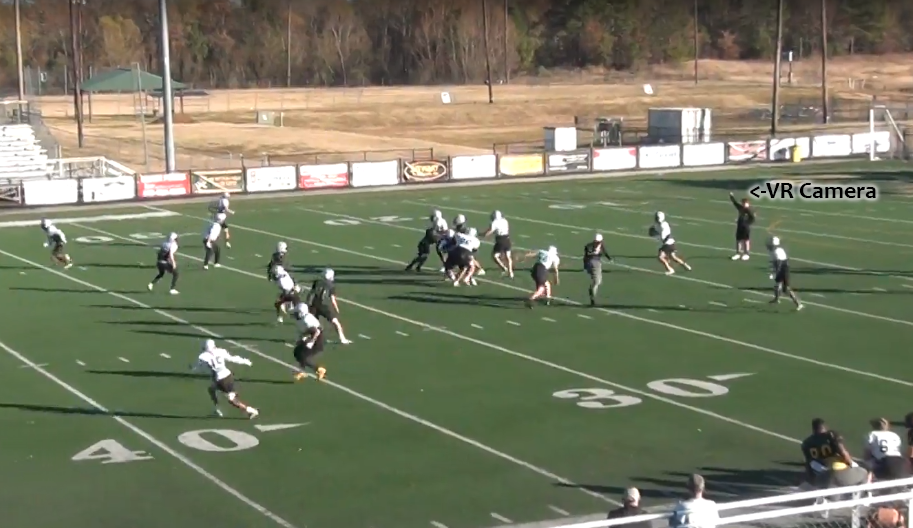 How do you use it?

“This is where many coaches miss the boat using the technology, they think this is suppose to replace meeting time with your QB. They think they must be in the room with the quarterback every time he is in there on the headset. While doing that is good every now and then, that is not how you take advantage of virtual reality. Coaches still need meeting time with traditional film! Once you train your quarterback how to use the system by himself, he then uses it ON HIS OWN TIME. What do I mean by that? During lunch period, a free hour, after practice, or any free time, he comes in and runs through practice on the headset by himself. He knows all the coaching points, you’re coaching him every day! Now he can slow it down on his own, see the concept, the defense, the reads, and move at his own pace to accelerate his learning process from the exact perspective he sees on the field. He is now getting double to triple the reps! And if he is seeing it in the headset, he will see it on the field.” – A. J. Smith

Where do you get a VAR System?

Coaches can find out more information about VAR at http://var.systems Once you purchase it, your system arrives in less that 7 days pre-loaded with Air Raid virtual reality content from the college and pro level.

“Without a question, our virtual reality training is our secret sauce from being good to excellent in the passing game and the thing is we tell everyone about it! It isn’t about if you the coach get it, it is about does it make your quarterback better. After utilizing it these past 2 seasons winning championships, virtual reality is no longer the future, it is the present, but we will gladly continue having the advantage until it becomes the norm in every locker room.” – A. J. Smith